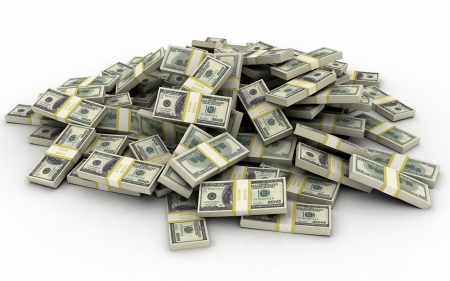 There are probably as many trading strategies as there are investors.  However, the concepts covered on this site represent one of the most (if not the most) effective one for the least amount of effort.  Nonetheless, sometimes there are other reasons you may want to invest.  Here are some examples:

IPO means initial public offering.  It’s a fancy way of saying that a company is issuing stock for the first time.  Since companies are not required to disclose their financial information publicly unless they are publicly traded, charts almost never exist.  This means that you can’t use our buy-low-sell-high strategy to invest in these companies, but that doesn’t mean they aren’t good investments.  Besides, many times the value of a company goes up just because it becomes publicly traded.  For example, Google IPO-ed a number of years ago at $85 per share and within seconds went over $100.  At the writing of this, it is at the equivalent of $2400 per share!

In the first couple years, Google pretty much only went up.  But if you were to view its chart based on what you have learned here, it would have looked very high priced most of the time and you would have ignored it.  I bought on day 1 with about $1300 and within a few short years had $9,000 (almost 600% return) and it has doubled in value since then.  In any case, IPO’s should NOT be evaluated with a buy low sell high mentality.  That being said, IPO’s should not be a common purchase either because sometimes buying IPO’s can be one of the worst trading strategies.

Every once in a while you will learn something about a stock that just makes you think that it will go up, even when it is already high.  And yes this does happen; Google is a great example.  Most of your investing should be according to a buy low sell high mindset.  Nonetheless, sometimes there is good reason to believe that a stock will go higher without dropping first.  This may be because you know someone who works for the company and has confidence the stock will go up or you know that they are the inventors of some new gadget that you are sure will catch on.  Whatever the reason, you may find that buying at a premium price, may, under some circumstances, be appropriate.  Careful though!  Be certain that you are certain.

Not So Common Knowledge

You may already know that buying or selling stock based on information you obtain about a company that is NOT public knowledge is illegal.  For example, if the CEO of Cisco is your buddy and tells you about some secret new product coming out.  You buy their stock because of it and you could end up in the slammer.  This is what happened to Martha Stewart, except she LOST money and still got put behind bars.

However, small time employees are more likely the people you rub shoulders with and your friend, the Amazon Kindle Tech, may tell you that a new version of the Kindle has been announced publicly and he thinks it will drive up sales significantly.  Whether high or low at the time, he believes Amazon stock will go higher.  This is NOT insider trading because everyone knows a new Kindle is coming out, but not everyone may have the same insight that your friend does working for the company.  Occasionally opportunities like this present themselves, and if you don’t take them “now,” you may miss the boat!

In fact, many pros do exactly this because as far as trading strategies go, it fares quite well.  However, it does require pouring over massive amounts of information.  In most cases, it is the job of the “pro” and so he has the time.  You probably do not.  Besides you already have a great trading strategy that requires far less time and effort!