How To Know When To Buy a Stock 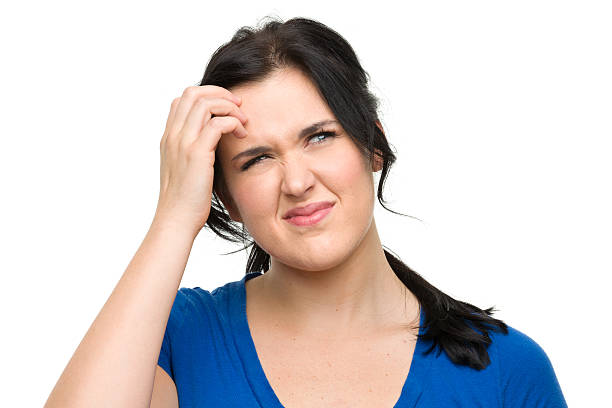 If you are wondering how to know when to buy a stock, look no further than its chart. This is maybe not the only thing to consider when investing in a stock, but it is the most important. Charts will tell you more than a 50 page prospectus or a stuffy stock broker. By the way, if he’s so good at picking stocks, why does he need your money; shouldn’t he be rich by now? But I digress.

First a note about what we will call a “stable” stock. A stable stock is one that has a dollar volume of at least $1M per trading day. That means volume x price per share. The reason for this is that if the volume is too low, then the share price can be more easily manipulated and is less predictable. Think about it.

Imagine a small company’s stock is at $1 per share and only about 50,000 shares are traded each day. If some guy in the company decides to sell $100,000 worth (2 times the normal trading volume), the stock price plummets. You also might not have a buyer when you want to sell because not enough people are investing in such a small company. Granted, this sort of thing can work in your favor too, but it creates a situation in which the stock price is not reliable and therefore the past is not a very accurate predictor of the future. The bottom line is that the bigger the stock, the more likely a chart will reflect its future.

An Example – The Target Corporation

Determining High and Low ( When to Buy! )

So let’s start with a stable, strong company that we all know; Wal-Mart. Here’s a one year chart for them:

The line there was added by me, but it is a good tool in helping you determine what is high and low.  In other words, when to buy. As you can see, it is “high” right now, RELATIVE TO THE LAST YEAR. This is not necessarily a high for the past 2, 5, or 10 years though. So based on this, we can roughly say that 48 is the lowest and 56 is the highest it’s been FOR THE PAST YEAR.

We assume that Wal-Mart will follow roughly the same pattern for the NEXT 12 months. If this is true, then we can say a couple things with a fairly strong degree of certainty. First, that a high for Wal-Mart is about $53. Second, a low is about $50. Notice that I didn’t go with the low-EST and high-EST prices because the highest high and the lowest low are far less likely to occur again (at least in the next year), than a higher low and lower high.

In other words, it is more likely based on this chart that Wal-Mart will drop to $50 rather than $48 or go up to $50 rather than $56 simply because it has spent less time at the highest and lowest prices. So our conclusion could be: Don’t buy Wal-Mart right now because it is at a high point for the year and therefore the chances of it going significantly higher aren’t very good. Now let’s pretend that we looked at the chart back in July.

Sure hindsight is 20/20, but let me illustrate a point. In July, using the same exact logic, we would have determined that (for this new period of time), that WMT is at a low. In other words, we would buy with the intention to sell around $54 (because that’s getting a little “high”) within the next few months (hopefully sooner). We would have of course been right and made 4% on our money in three months; that’s the same as 16% per year. Sure, that’s not a huge gain, but I picked this stock strictly for illustrative purposes and because it is a company you know.

Now I have watched many stocks over the last 18 years. I have bought them and sold them, but one that I love because it is so cyclical (goes up and down in price) is San Juan Basin Royalty Trust (SJT). About one year ago (from the original writing of this), I looked at this chart:

Sure it helped that I know this stock and realized that this was an incredibly good price for any period of time, but I still used the same, simple logic as before to know when to buy. Clearly it is at a low and in fact even at $25 it would be a good price based on the last 2 years. So I felt sure that I would see at least $30 in the next 2 years (since it is a 2 year chart). That’s more than a 50% increase, and Fasthat’s a conservative estimate! It could easily go above $30. Here’s what that stock looked like when I first wrote this:

Fast forward about 10 months and you get the chart to the right. When I sold my stock at that point I made a cool 35% in less than one year. And this was during a recession! In fact, times like recessions are ideal for this strategy. Most everything is low and will almost certainly move up in the future!

But you might argue that this only worked here because of the fact that stocks, for the most part, had been beaten down by the recession of 2008. Then let me show you this one that took place long before we were talking about a recession:

Goodyear Tire and Rubber Company in 2004 was at an incredible price based on its chart. And since I didn’t think they were going bankrupt anytime soon, some per share looked pretty darn low. I sold at around $15, effectively doubling my money in about 2 years…not bad, huh? I sold at $15 because at the time, I would not have bought it, which tells me that it’s probably time to sell!

Here are just a few other trades I have made over the years using the same line of thinking to determine when to buy (and sometimes sell):

This strategy worked when I first started in 2000 and still works today in 2019. In other words, this is not a product of the times. This strategy has worked ever since the stock market began. In fact, this is precisely the way high rollers like Warren Buffett have made billions over their lifetimes. If you have enough patience and resolve, you can too!